A Wedding and Two Sisters

Frank and I have been together since 2000. This is a peek into how we eventually, finally, became married on March 13, 2015, and why we are both Sisters of Perpetual Indulgence.

A video short by Anthony Scanio.

Fairytales: An LGBT and Allies Prom 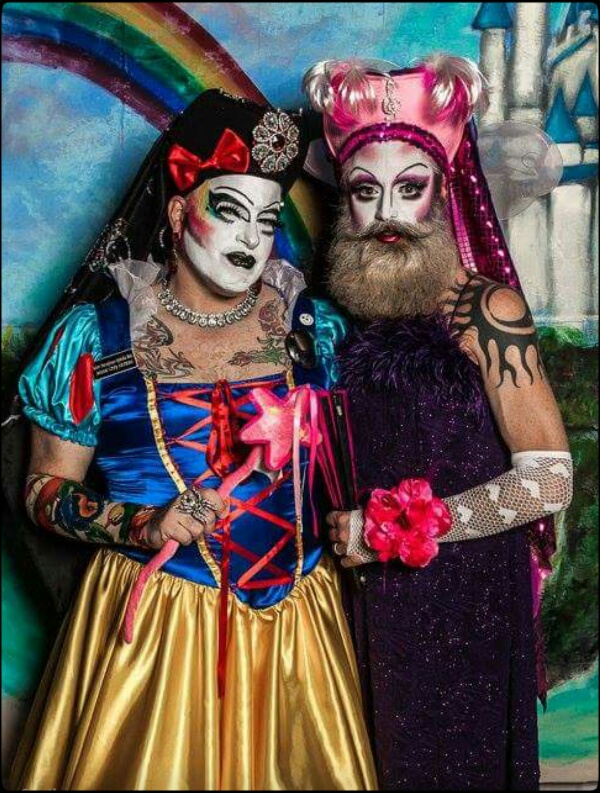 The Sisters worked all day to decorate the space, inflating 700 balloons to create rainbow arches and columns, and fairytale themed tables. GLSEN provided the kids, and the Reconciling Committee from Belmont UMC brought the refreshments and reserved the space for us.

There was an amazing DJ who took requests all evening. A photographer took prom pictures. Drag entertainers from the previous night’s H8’s a Drag performed. It was a magical evening. 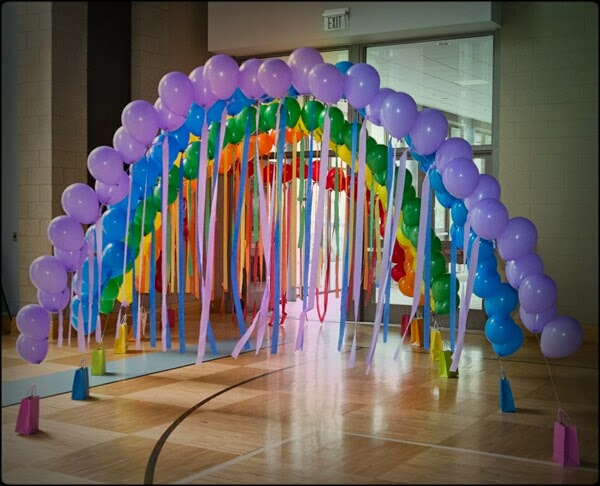 Sister Celia Lipps and I took turns as emcees. The highlight for me came near the end. Before introducing Ivy Saint James as Ariel, performing Part of Your World from The Little Mermaid, I jokingly told the kids how I remembered high school. I was in the band and on band trips, I remembered it being important to have landmarks on the way home. I had to know when it was time to make my move, to put my arm around the girl (back then, it was a girl), to put my hand on her knee, or even maybe to go in for that kiss.

I told the youth that they needed to know there where two more entertainers and one more song. These were their landmarks. Now was the time to make their moves!

Ariel didn’t even get halfway through her number before the dance floor filled with couples. So there she was, a mermaid drag queen dancing a song about longing, in a sea of swaying couples. 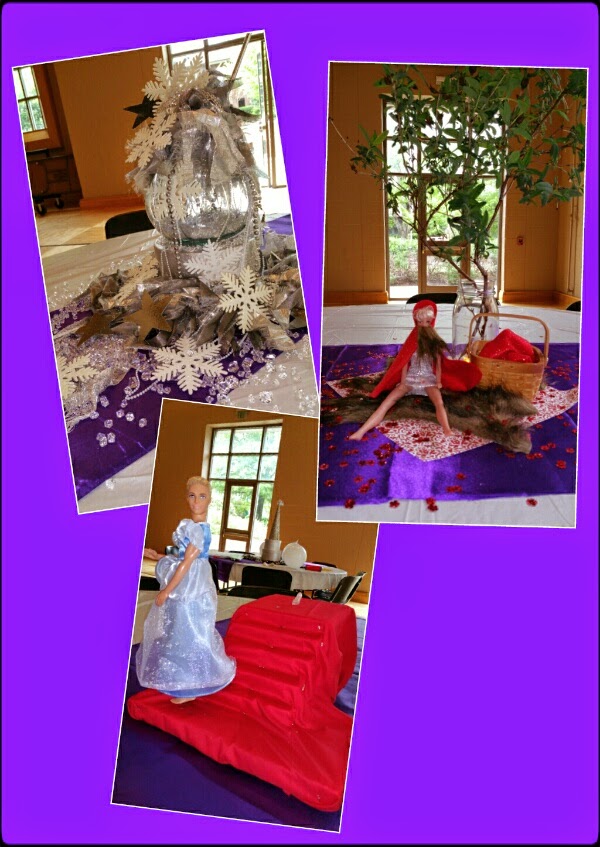 I thought, this is their normal. These kids are growing up expecting this to be ok. What will this mean for their future? What will it mean that they won’t have to closet who they are out of fear, but instead can be who they are as, well, normal?

There wasn’t anyone over thirty in the room who wasn’t crying tears of joy, maybe mixed with a little sadness.

I know I cried them myself as a danced with my husband. 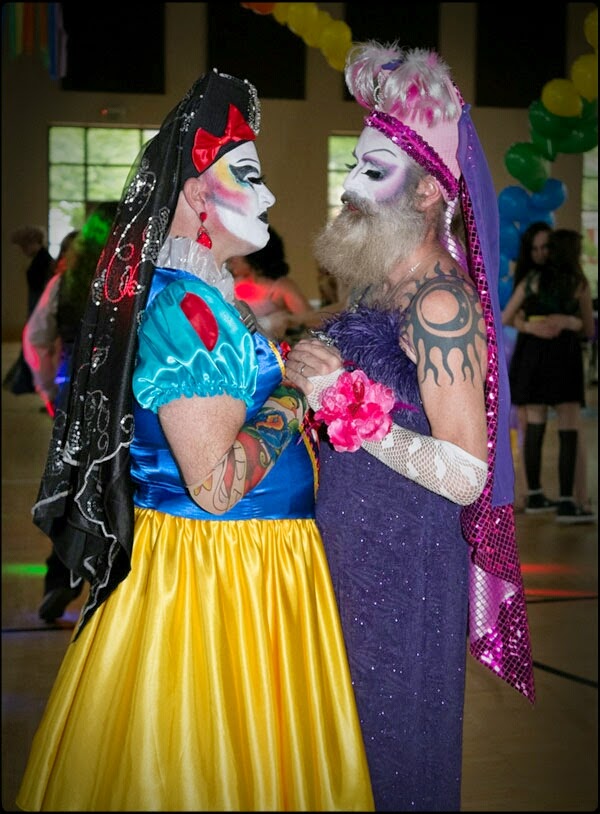 I Am Thankful for Drag Queens 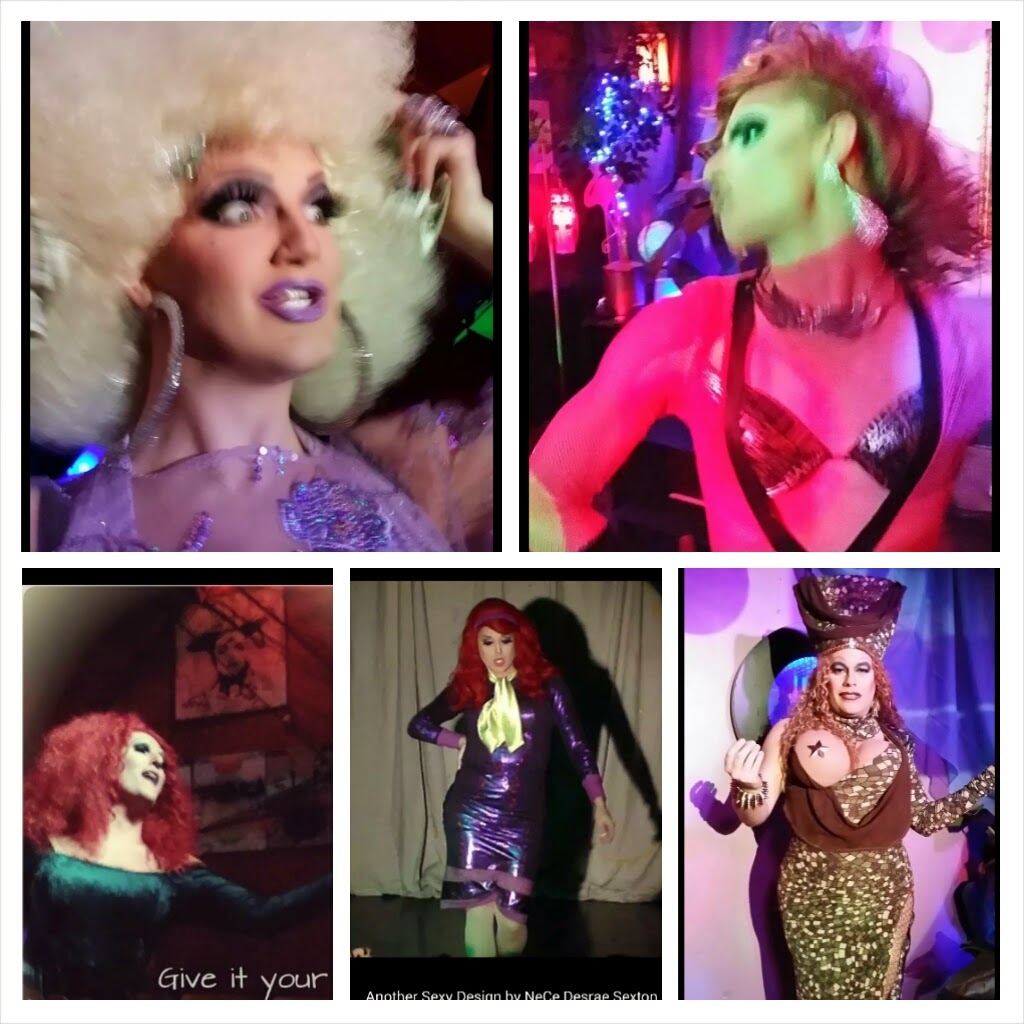 These ladies give of their time and talent consistently for the Nashville LGBT community on Sister Nights every month. All of their tips go to various local LGBT friendly organizations. They are incomparable in their craft, highly entertaining, and a joy to be around.

Slut shaming (also hyphenated, as slut-shaming) is a concept in human sexuality. It is a neologism used to describe the act of making a person, especially a woman, feel guilty or inferior for certain sexual behaviors, circumstances or desires that deviate from traditional or orthodox gender expectations, or that which may be considered to be contrary to natural or religious law. Some examples of circumstances where women are “slut-shamed” include: violating accepted dress codes by dressing in sexually provocative ways, requesting access to birth control,[1][2][3] having premarital or casual sex, or being raped or sexually assaulted.[4]

A couple of weeks ago, the professor of a Women and Gender Studies class at Vanderbilt University asked Sister Ann to come and speak to the class about the Sisters of Perpetual Indulgence. The invitation came via Twitter, and it was all very exciting.

I went from work to join the class, so I didn’t have time to manifest (put on my makeup and such). There were around fifteen undergraduate students in the room, and they had just finished watching the movie Paris Is Burning. Cool class, huh?

I spoke to the class for an hour and a half as I answered specific questions about how the Sisters work, primarily in the LGBT community, to inspire joy and banish guilt. I also shared quite a bit about my person journey to become a Sister, and I got to a point where I pulled out my phone to show the students pictures of Sister Ann.

I paused, and in a moment of connection and clarity I realized she was creating an opportunity, a teachable moment. I had just spent an hour talking about the Sisterly work of banishing guilt and shame, and yet a I had used a word that often induces those feelings in people.

Perhaps most disappointing is the way gay men often slut-shame each another. Men who choose to express their sexuality authentically, perhaps as they date multiple partners, agree to open relationships, or in any way vary from the heterosexual norm as defined by the majority, are often labeled as sluts by other gay men who think what they perceive as normal is the only acceptable way to be sexual beings.

This inside-gay-shaming has increased recently with the release of PrEP (Pre-exposure prophylaxis). PrEP is a pill that, if taken once a day, can greatly reduce the risk of HIV infection in at-risk populations, some say even moreso than condoms, because many men are so inconsistent in using them. Many who survived the horror of early years of AIDS, and who have preached and somewhat adhered to condoms as a way of life, now are suddenly faced with an new form of prevention that, from their perspective, is a little too permission-giving. The name of the pill is Truvada, and Truvada Whore has become a descriptive term for men who choose to take it. This is slut shaming, pure and simple.

I am grateful that I felt at ease in that classroom. Instead of feeling defensive, in that moment of clarity I confessed my error and said to the professor, “You’re absolutely right! I’ve been talking about the Sisters’ job of banishing guilt and ending shame and I’m throwing around this word that is heavily burdened with those very things.” I looked at the professor and asked, “What would you call that particular look?”

Everybody in the room loved it. I said to the professor, “That was well-done.” She smiled, and a girl sitting across from me slapped her hands on the table and said, “Boom! That’s why she’s the teacher!”

UNPC Meeting. I guess I’ll do the dishes. #sistersofperpetualindulgence http://ift.tt/Xs8lPG