Jesus Said, “Love Your Neighbor.” How ‘Bout We Stop Right There? 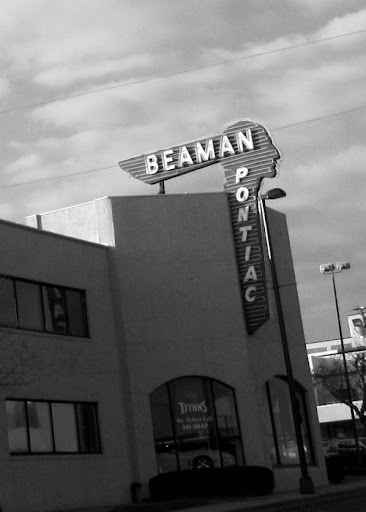 On February 15, 2011, the Nashville Metro Council passed bill that extends the existing non discrimination code to include sexual orientation. You can read more about the vote on the Nashville Public Radio web site.

The cause of Christ was defended when council member Jim Hodge spoke on behalf of many Christians everywhere and said:

“Jesus said it. Love your neighbor. He didn’t say endorse their lifestyle.”

Isn’t it presumptuous for politicians to speak on behalf of Christians? On the other hand, if Christians allow politicians (or other Christians) to make statements like that on their behalf without protest or with passive silence, then I guess that makes it okay.

“What difference does it make,” you may ask? “The bill pass, didn’t it? What is there to get worked up about?”

I’m glad you asked. You see, this thing isn’t over. On the state level, Franklin Representative Glen Casada has filed a state bill to prevent local governments from passing non discrimination bills like the one the metro council passed. As I understand it, the bill is retroactive. You can read that proposed bill, here. Casada’s sponsorship of the bill makes his beliefs clear as he sits as chair of the State’s Health and Human Resources Committee.

On a personal note (as if none of this has been personal so far), while researching this post I discovered I can no longer in good conscious take my Toyota to Beaman to get an oil change. Let me explain.

On January 12, “a group of con­ser­v­a­tive busi­ness and polit­i­cal lead­ers gath­ered this morn­ing for an infor­ma­tional meet­ing about the ‘homo­sex­ual agenda.'” They met to see what they could do about the impending expansion of the metro council’s non discrimination policy to include sexual orientation. Among those in attendance were Lee Bea­man, Stan Hard­away, Wal­ter Strick­land, William Mor­gan, and Tom Smith. Rep. Jim Gotto and state Rep. Glen Casada, R-Franklin. Also in atten­dance was David Fowler, who leads a con­ser­v­a­tive activist group.

I haven’t looked up any of the other businessman names yet. But Beaman I recognized. He owns the dealership where I get my car serviced. How can I keep taking my car there? Surely he doesn’t want my gay money!

I can live with that. I really should be changing my own oil anyway. Doing it myself will save me money, and it’s so butch! But how far do I take this? I also learned that this anti non discrimination meeting took place at the LifeWay building in downtown Nashville. I workout at a local Baptist church because its got a fantastic gym and the membership fee is amazingly cheap. Now, LifeWay is God central for the Southern Baptist Church. Do I have to quit going to my gym now, too?

I’m going to keep going for now, however, because I have a plan. Several weeks ago, I contributed to the It Gets Better Project. For my contribution, I’m supposed to get a t-shirt with the campaign logo on it. When the t-shirt finally arrives, I’m going to wear it to the Baptist church gym. I’m going to wear it as often as I can. If nothing happens, cool. If one day I’m escorted from the building, even cooler.

This post has gotten crazy long. But I have to point out, just in case you missed it, what has happened here. I’ve gone from being mildly concerned about a statement a politician made regarding a piece of legislation in a city where I don’t even live (I’m in a neighboring county), to boycotting a car dealership, to potentially leaving the gym I’ve gone to five days a week for over four years.

This stuff matters. It matters a great deal. But it only matters when somebody else starts this crap! Give me rights like everyone else, and I’ll shut up.

5 thoughts on “Jesus Said, “Love Your Neighbor.” How ‘Bout We Stop Right There?”