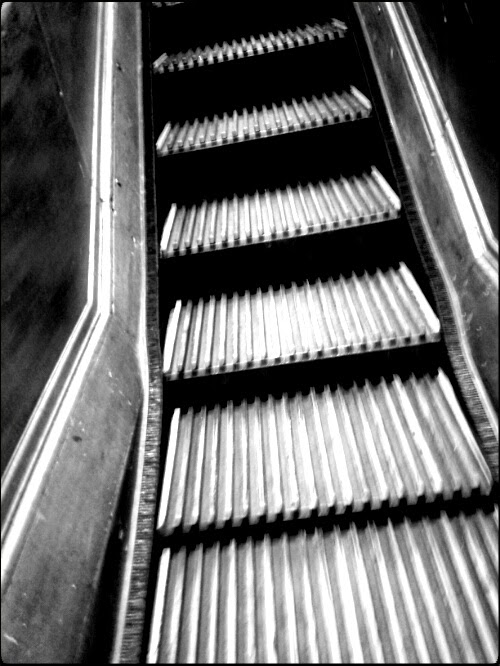 Whenever I travel to New York, I have to go to Macy’s, sometimes multiple times. With all there is to do in New York, many might think that odd, especially since there’s a Macy’s about five miles from where I live here in Tennessee. But it’s not the same. The building at Herald Square is Macy’s flagship store and it covers an entire city block, 2.2 million square feet. Until 2009, it was the largest store in the world. The men’s socks section is as large as the entire men’s department of the store near me. When I visit the store in New York, I like to buy something that I will use every day to remind me of my trip. Last time I bought an electric razor and underwear.

Built in 1902, Macy’s was the first building in the world to have modern day escalators. I didn’t know it at the time, but the picture I took of this old wooden escalator is the last remaining original that still has a wooden tread. It’s located between the eighth and ninth floors.

If you visit the store and plan to buy anything, be sure to pick up an out-of-town shopper’s discount for ten percent off your purchases.