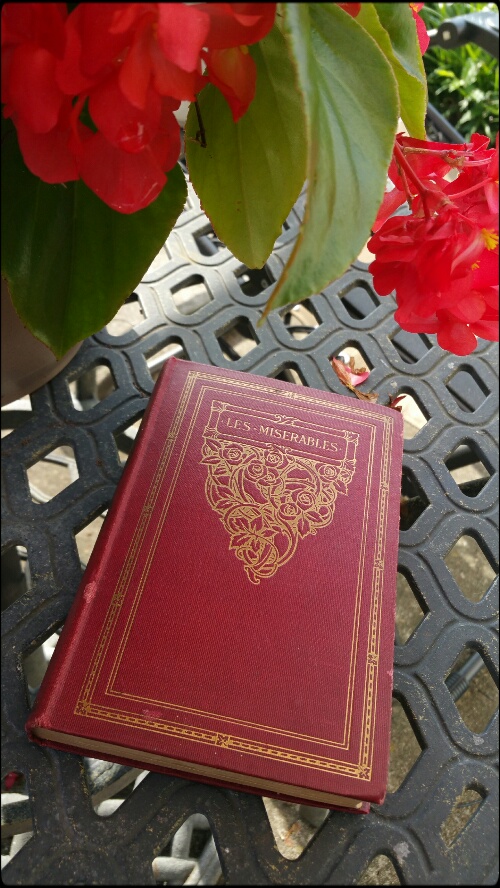 The beginning of Victor Hugo’s epic work Les Misérables introduces us to Myriel, the bishop of Digne. Myriel lives a simple life in solidarity with the poor. Even though he was born into a life of wealth and means, he chooses to serve the poor of Digne. The only belongings of worth that remain with the bishop from his old life are a pair of expensive silver candlestick holders. The people of the town come to love Myriel, eventually giving him the nickname “Bienvenu,” which means “welcome.”

A homeless, destitute man shows up at the bishop’s home one night, and we get the feeling that this sort of thing has happened before. Seemingly without thought, the bishop takes the man in, feeds him, makes him comfortable, and welcomes him.

Out of fear for his future, and in an act of desperation, the homeless man robs the bishop, taking his silverware. The next morning he is caught by the police and he claims the bishop gave him the silverware. Suspicious, the police drag him back to the bishop’s home where the bishop surprisingly confirms the lie. In a further act of extravagant grace, he gives the homeless man the silver candlestick holders as well, saying he must have forgotten to take them the night before.

This act of mercy, this act of grace, changes the homeless man, whose name is Jean Valjean. The story told in Les Misérables continues to unfold with its themes of law and grace.

I first read the book in high school, not as an assignment, but because reading it made me feel smart. The copy available to me was an old five-volume set that belonged to my great-grandmother. Inscribed on the first page are these words, “Clara B. Rauscher, 1914.” I had no idea the impact this story would have on me. In the years since I read the book I have seen the musical countless times. It’s one of the few works I enjoy experiencing repeatedly. Every time I see it, read it, listen to the soundtrack, or really ever think about the story, I weep.

Justice and mercy. Law and grace. The choice between the two is where we find ourselves over and over again in both big and small ways, everything from do I slow down and let that car pull out in front of me or do I keep my rightful place in line, to our beliefs about the use of capital punishment for heinous crimes. Justice and mercy. Law and grace.

At the heart of the Christian faith is the story of Jesus, son of man and son of God. Time and time again, Jesus found himself in conflict with the law. Once, he and his disciples were walking through a wheat field on the sabbath. They were hungry, so they picked some of the grain and ate it. The act of picking grain on the sabbath was considered work and against Jewish law. Jesus basically said, and I’m paraphrasing, “This is stupid. We’re hungry. Pick the damn grain and eat it.” Another time, he healed a woman of an illness that caused her to menstruate constantly. According to Jewish law, this meant that she was constantly unclean. Anyone who touched her also would become unclean. And so she suffered. Jesus basically said, “This woman is suffering. Applying the law in this situation is stupid.” He broke the law, touched her, and healed her. Another time, Jesus came upon a crowd about to stone a woman to death. She had been caught in the act of adultery. By law, she should have been killed. Jesus stepped in and challenged the crowd, challenged the law, and basically said, “Are there any of you standing here holding a stone who can claim you haven’t also broken the law? That’s what I thought. Go on home now and leave this woman alone.”

To say that Jesus’ words and actions confounded and angered the religious leaders is an understatement. In their minds, he threatened everything they believed. Eventually they orchestrated his crucifixion.

On March 13, 2015, Rev. Pam Hawkins officiated the wedding of two men, members of her congregation. You can read my account of that day, here. In doing so, she broke church law. United Methodist Clergy are forbidden to officiate weddings for same gender couples. Pam’s supervisor brought charges against her. After four months of agonizing talks, they reached a resolution. You can read that resolution, here. It’s a little wordy. It is United Methodist, after all.

Set aside for a moment your belief about this particular law, how you feel about the law, whether it is good or bad, just or unjust, whether it will change when the denomination meets in 2016, or if it will stay the same. Read the resolution like a Bible story. Yes, Rev. Hawkins officiated at the wedding. She picked the grain. She stopped the bleeding. She invited the crowd to drop their stones. She broke the law. And the religious leaders were confounded. Angered. Something must be done. There must be consequences. Our hands are tied. We can’t change the law. We are sworn to uphold the law. You broke the law. You have to pay the price.

Guess what, folks? You don’t. You don’t! The world is not going to end if justice is not served. I keep hoping against hope that through all of this Pam, caught with a bag of stolen silverware, will be given the expensive candlestick holders. That hasn’t happen yet. Instead, she will be suspended without pay for ninety days. Is that just? Sure it is. But it isn’t God’s justice. No, it is not. It’s just not. God’s justice is grace. God’s justice is, “Yes, she did it. But it’s ok. Put your stones down and go on home.” Hell, I still hope it will happen! I still hold out hope that Pam’s supervisor and her bishop will reverse themselves and say, “Pam, you officiated at this wedding. You broke the law. But we get it. Boy do we get it! Our offices are being flooded with calls from pastors asking what they’re supposed to do because same sex couples are coming to them asking them to officiate at weddings. You’ve already struggled with this issue in your local church. Would you help us help these struggling pastors?” Now that would be like giving Pam the silver candlestick holders! That would be an act of grace!

Many of you know I used to be an elder in the United Methodist Church, an ordained pastor. It’s time to end this sermon, but I was taught that no sermon should end without an opportunity to respond. Here are two: 1) The resolution says that Pam’s supervisor will listen to United Methodist LGBTQ and their families in the Nashville area, being present to hear from them how United Methodist policy has harmed them. Here is a link to the Nashville District website where you can find contact information.

2) Pam will be suspended for ninety days beginning on August 1, 2015. Belmont United Methodist Church is not permitted to pay her salary during that time, but individuals can. Find out how by reading Belmont’s statement regarding this matter, here.

Now we have to end with a song. I have chosen my favorite verse from all the hymns I know, and since it’s a Christmas carol, we get to have Christmas in July. Sing with me now the third verse from O Holy Night, written by Placide Cappeau de Roquemaure in 1847. But before we do, holy shit! I had to look up who wrote O Holy Night and, seeing the French name and the date, I jumped over to Wikipedia and found this:

“Victor Hugo began planning a major novel about social misery and injustice as early as the 1830s, but it would take a full 17 years for Les Misérables to be realized and finally published in 1862.”

My favorite hymn and my favorite book were created in France at the same time in history. Their creators may have known each other. Wow!

Truly he taught us to love one another,

his law is love and his gospel is peace.

Chains he shall break, for the slave is our brother.

And in his name all oppression shall cease.

Sweet hymns of joy in grateful chorus raise we,

With all our hearts we praise His holy name.

Christ is the Lord! Then ever, ever praise we,

his power and glory ever more proclaim!

His power and glory ever more proclaim!

Go in peace. When you find yourself caught between law and grace, choose grace, because that is what God has chosen for you. In the name of the Father, and of the Son, and of the Holy Spirit. Amen.