Day the Five: Or Yes, Virginia, There Are Bad Faeries 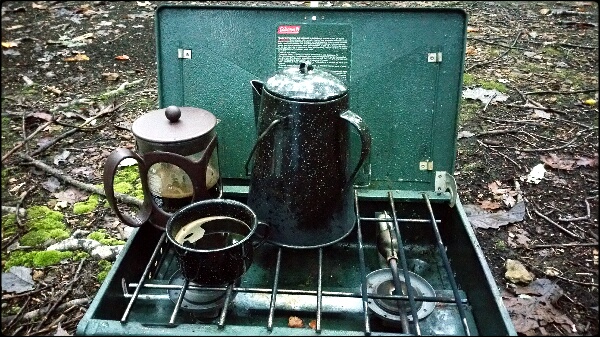 The techno music woke me up sometime before 3 am. I spent roughly twenty minutes tossing in my sleeping bag and grumbling Johann Sebastian Bach’s Get Off My Lawn Toccata in D Major. Apparently, bad faeries are not susceptible to negative energy because my mental pushes to shew them away only resulted in the sound of increased revelry. Damn things probably feed off of negative energy; I should have known. Gah!

The fact that there are bad faeries wasn’t a surprise to me. It isn’t like I hadn’t been warned. Weeks ago, I went out to pitch the tent. As I was walking back to the car, I ran into a kind (and beautiful!) faerie whom I’d met the week before.

He greeted me warmly and inquired of my doings. “I’d forgotten you were coming out today to set up your tent. What spot did you pick?”

I described the area I’d chosen and I said I was happy with it. I wanted a place of solitude so I could choose my level of group activity.

My new friend’s response wasn’t what I anticipated.

It was the kind of “oh” that meant “how unfortunate” and “this is amusing” all at once.

“What do you mean, ‘Oh,'” I asked with growing concern.
“Well, that’s typically where the bad faeries go,” he replied.
“Bad faeries? What the hell is a bad faerie?” I asked, alarmed.
“Oh, they’re not really bad. They just like to party until 4 in the morning.”

Back home, I’d worried about the bad faeries. I told Sister Enya about my concerns. “I want natural. I want the option of solitude. How bad will it be?” I asked. “Should I move my tent to another spot?” Through her profoundly beautiful smile she cosmically replied, “I think you’ve chosen exactly where you’re supposed to be.”

I had happily settled into the place where I was supposed to be for four peaceful nights, with nothing but the rain, the wind in the trees, and the occasional owl to disturb me, I had all but forgotten the bad faeries. I had become complacent.

What to do? I thought about kindly asking them to leave, but I immediately discarded the idea. At best, I assumed they would completely ignore me. At worst, I imagined retaliatory actions. They might come back and slather Vaseline on my tent zipper, making it impossible to get back inside. Or, they might fill the bottom of my sleeping bag with shaving cream. Or, horror of horrors! What if they stole my coffee?

I realized I had to be smart about this. I remembered that I had a fifth of Jack with me. What if I took it to them as an offering? I knew they wouldn’t be able to resist it. “Yes!” I thought. “I’ll get them drunk and they will soon stumble back to their beds or rocks or toadstools or wherever bad faeries sleep.”

I put on my robe, slipped on my flip-flops, grabbed the Jack, and walked toward their laughter and the thump of their music. That’s when things got confusing. I expected to see outsiders, newcomers, people with unfamiliar faces and from far away places like, California. Instead, these were people I’d been with all week. I heard a distinct, familiar laugh. No! Sister Enya? My big Sister Enya? She’s a bad faerie?!

“Sister Ann! How lovely of you to join us! What’s that?” she asked, honing in on the bottle of Jack.

I became a happy bartender, serving Jack to any of the bad faeries who wanted it, and sipping it myself.

It started to rain. The party moved to the shelter of the bathhouse. Thing is, I went with it.

It’s now 5:58 am and the Jack is three-fourths consumed. I’m back in my tent trying to figure out what went wrong. With the help of the rain, my plan to rid myself of the bad faeries was a success—with one perplexing, undeniable exception: I am a bad faerie.

3 thoughts on “Day the Five: Or Yes, Virginia, There Are Bad Faeries”